Don’t Fill Out That Job Application!

In the July 11, 2017 Ask The Headhunter Newsletter, a job seeker tries to avoid going down the job application hole.

In the last edition, we discussed mistakes people make regarding information they share about themselves — and about information they fail to get from an employer. Now we’ll focus on a special kind of information employers demand from job applicants — your salary history. 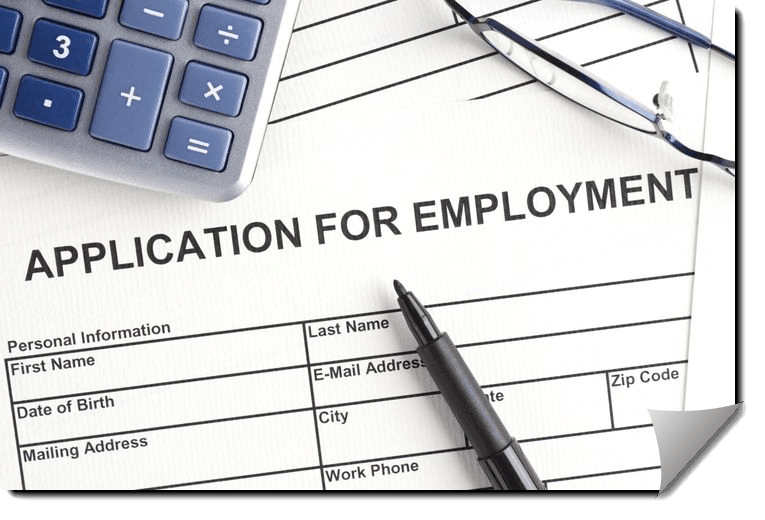 This has always been a hot topic, mainly because employers just won’t stop asking for information that’s none of their business. Even if HR managers swear up and down that they need your salary data “because that’s our policy,” we all know why they really want it: It gives them an edge on job offer negotiations.

I also promised you some interesting statistics about the value of personal referrals. What’s that got to do with how to deal with salary demands? Let’s take a look!

When I go after jobs through job boards, they always send me a link to a job application form. I’m just curious about your thoughts on the advice of a career coach about what to do when those online forms require you to enter your salary at your previous jobs. She says to type in your desired salary and, when you come to a text field, explain what you did. Do you agree with this?

I think that advice stinks. It’s thoughtless right off the bat. If you have to enter your salary for each of your previous jobs, what sense would it make to enter the same desired salary (for the new job) for each of the old jobs?

More important, such tricks encourage job applicants to play along with a game rigged against them, rather than to pursue the best way of getting hired.

We are so brainwashed by employers to do what they ask that many “experts” don’t realize that it’s simply wrong. The answer to this problem is to consider the facts and to refuse to be manipulated.

Say NO to job application forms

Now we’re going to un-brainwash ourselves and change the subject to what really matters when applying for jobs: how you get in the door.

A 2013 study from the New York Federal Reserve Bank (“Do Informal Referrals Lead to Better Matches?”) compared methods that a single company uses to hire. The purpose of the study was to test theoretical models of where hires come from — not to describe hiring across many companies.

Where most job offers come from

The Fed researchers found that most job applicants — 60% — at this one company came from online job boards. Only 6.1% of applicants came from personal referrals by employees. But the biggest chunk of actual hires — over 29% — came from those meager but incredibly powerful employee referrals. (See How to engineer your personal network.)

Of course, you might be referred by a company’s employee and still be asked to fill out that form — but now you’ve got an advantage over every applicant who arrived via job boards.

Says the Fed report: “The pool of candidates receiving serious consideration increasingly favors the referred over the course of the hiring process.” (This doesn’t even include personal referrals and recommendations from people outside a company.)

The study concluded that:

Getting referred clearly pays off in many ways.

Other studies I’ve seen in the past two decades suggest that personal referrals can account for up to two-thirds of hires. But the main point here is not what the percentages are. It’s that you don’t need anyone’s advice to see that a job seeker’s best bet is to go find people connected to a company — and get them to refer you. (See Referrals: How to gift someone a job (and why).)

Do the work to get the job

“But Nick, that’s a lot of work!” you’ll say. Yep. So’s the job you want. Start working at this now, or you don’t deserve an interview. Stand out from your competition. Don’t take the way in the door that’s offered.

When you get referred by an insider — whether it’s a company employee or a company’s customer, vendor or consultant — you also have more power to say, “No, thank you” to questions about your salary history. A personal referral makes you a much more powerful and desirable job candidate.

How to Say It
“I’d be glad to fill out your application form after I’ve spoken with the hiring manager. [The person who recommended me] spoke very highly of the manager, and I’d like to make sure this is a potential match before I fill out any forms. I’m looking forward to telling [the employee who personally referred me] that I had a great meeting with the manager.”

Does that seem very personal? Yep! It has to be personal if you want to avoid being impersonally abused and rejected!

A personal referral makes you a worthy applicant. If it’s not worth the work to get that referral, so you can avoid job boards and mindless forms, then the job isn’t really worth it to you. Move on to a job that is.

Always question authority — even when it’s a clever career coach. Leave the job application forms for your brainwashed competitors. (See “Make personal contacts to get a job? Awkward…” Get over it!)

Most jobs are found and filled through personal contacts. Everyone I know knows that — but few act like they know it. Why do people still rely on job boards, application forms and rote methods? (Don’t tell me “it’s easier!”) What one thing could we change to shift job seekers’ attention to what works?