CEO to job applicant: “Hiring is not my job!”

In the May 9, 2017 Ask The Headhunter Newsletter, a reader discovers that a company’s high turnover problems start with the CEO.

In a recent column (Consulting Firms: Strike back and stir the pot) you said we should contact a company’s CEO if the HR department’s hiring process is nutty. So I did. The CEO actually called me back! 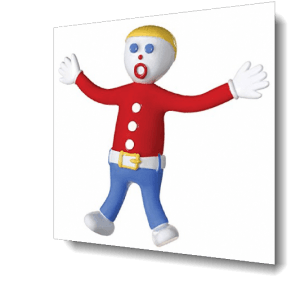 Let us bother your references

I talked with a hiring manager who, despite having my resume, told me that I was required to fill out the online application in order to go further in the hiring process. When I got to the section for references, there was no way for me to proceed until I had typed in names, addresses, phone numbers, e-mail addresses, and where my references work.

I also remembered one of your previous newsletters which discussed how some employers are outsourcing reference checking to third parties, sending references e-mail forms to fill out instead of having the hiring manager telephone the references and talk to them about the candidate. But the manager wanted me to discuss it with HR, so I did. HR refused to budge, and the hiring manager caved to HR.

I even asked HR how they handle reference checks, and I was told that wasn’t any of my business, so that clinched it for me. I walked away since there was no offer on the table.

A few weeks later the hiring manager called me back, asking if I was still interested! I said, “Yes, but…”, reiterating my concern about disclosing my references. He started sucking air, complained that there’s no good help out there, and that everyone has to provide their references up front because of “government regulations.” Once again, I walked away.

That’s when I e-mailed the CEO. I was shocked when he called me, but we had a very pleasant chat. You were right, Nick — he was unaware of HR’s requirements in order to proceed to an interview. But I also learned that he was perfectly content to leave all aspects of the hiring up to HR.

CEO: Out to lunch

He seemed puzzled that there are no government regulations requiring applicants to list their references and their contact information before an offer is on the table, much less accepted. He breezily informed me that he doesn’t worry about hiring because that is HR’s job, that he doesn’t believe in interfering in the hiring process, and that HR knows best because that is what they do!

That tells me a great deal about the company — much more than I could have gleaned from an interview. No wonder the hiring manager seemed so rattled! The company is small, there is a lot of turnover, and little to no guidance from the CEO. He’s out to lunch! It isn’t a start-up, but they’re flying by the seat of their pants, putting out fires as they break out — and they are breaking out with greater frequency as people get disgusted and leave.

So I thanked the CEO for calling me, told him that I was no longer interested, and wished him and the company luck in their future endeavors. (You might recognize that as standard fare in kiss-off letters HR sends to rejected job candidates.) I already have a wishy-washy boss who can’t make even simple decisions such as hiring extra help. We are constantly short-staffed and the underlings are putting out the fires.

I decided not to go from the frying pan into the fire (assuming that I’d be hired at the other place).

The other concern I had about the laissez faire CEO is that, when you’re that disengaged from the day to day goings-on of your business, that’s a recipe for a company to go belly-up, because the person who is in charge isn’t involved.

Although I made the decision to walk away when HR refused to let me proceed without providing my references, my conversation with the CEO confirmed my decision.  I have no regrets and don’t give it any thought. You’re right: On to the next!

I have learned so much from your comments and advice, and from the other readers’ comments.  I feel that I’m a better educated job hunter now than I was before I signed up for your newsletter.

I think you could have a whole new job educating CEOs about the importance of sane hiring practices.  Or maybe teach this subject as a graduate course in business school — then you’d get them before they become CEOs and abdicate their authority to HR.

I concluded that HR in this company does what it does because the CEO doesn’t care. Fish stink from the head down.

Wow — what a story! We touched on the problem of top managers avoiding recruiting and hiring tasks in Small Business Owner: I’m too busy to hire help!

I’m not sure the employer in your story wins a prize for citing “government regulations” as the reason for demanding references so early. That goes to employers that demand salary history before they’ll interview anyone. But this CEO wins the prize for taking a career-long lunch!

It sounds to me like you did the right thing. The company gave you some clear signs that it’s not worth working for.

While the hiring manager defers to HR, the high turnover suggests the problem is higher up than HR. You found the problem in the C-suite. The CEO might find another way in Smart Hiring: A manager who respects applicants.

Your experience highlights two key rules about picking an employer that we discuss here again and again.

What you see at the interview stage is what you’ll get on the job. When the CEO doesn’t care about hiring, middle managers leave it up to HR, and HR takes its cue from the CEO.

Thanks for sharing your experience, and my compliments for drawing the right conclusions. You showed us what it means when a company pushes a job candidate unreasonably, and how important it is to talk to a company’s top management. But there’s actually a more subtle lesson in your story. 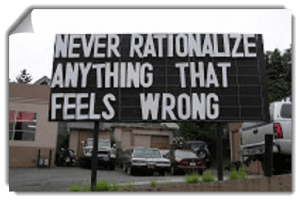 When they’re job hunting, people rationalize. They’re afraid they won’t get picked, so they tolerate all kinds of niggling abuse. Making someone jump through hoops — online forms, silly rules about when references are due, eating dust when HR serves it — is not right, smart, or good business. But job seekers will probably jump through hoops because they want a shot at a job. Or that’s what they tell themselves. It’s for a shot at the job. So they tolerate demeaning and meaningless demands.

That hiring manager who wanted to hire you so badly that he called you after you rejected the company wanted you to rationalize the company’s behavior because he rationalizes it.

The lesson is, don’t. Being asked to address a challenge about how you’d the job, or about your work ethic — that’s legit. But when an employer demands something demeaning from you, it tells you it’s a demeaning employer. The lesson is, as Marcus Aurelius once said, “to look things in the face and know them for what they are.”

Have you ever rationalized a company’s nutty hiring practices to get a shot at a job? Yah — I’m needling you. I’ve caved to such treatment, and I’m not proud of it. Maybe by sharing our blunders we can help one another avoid them!