Cover Letter: Write it then burn it

In the March 28, 2017 Ask The Headhunter Newsletter, a reader wants to get in the door. Will a good cover letter do it? 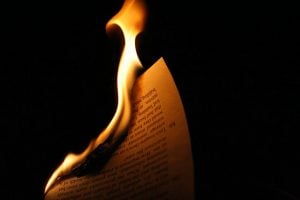 I’ve been a loyal reader of your blog for about eight or nine years. I grew up in real tough circumstances on the streets of Detroit and as time went by I left that life and became an artist. I went west to Seattle where I became moderately successful with my music and was able to support myself by learning carpentry and eventually running my own business. I did this all without any formal education or training, but I worked my tail off.

All would be fine and well if that was all there was to the story. Ten years ago I was in a traumatic accident which changed my perspective. This accident planted in me a burning desire to go into medicine. After looking around and doing some research, I decided that instead of being a doctor, I would become an occupational therapist (OT). It’s a respected position that pays well.

Now I am less than a year away from graduation. While I have chosen a profession where I might be hard pressed not to find work, at 55 I do have some concerns.

My resume is all rock music and construction work. I don’t really know anything about corporate culture. In my old biz, you either know your stuff or you don’t and if you don’t, your ass is down the road. I’d love to be able to write a cover letter that can get me to a manager that actually hires. I’ve busted my butt to get good at this and I know I can do the job for them profitably. I’ve just got to find my way in.

By the way, I’ve also decided that not only do I want this “impossible” job but I also want to get hired at one of the top ten facilities for my specialty (trauma center rehab). How do I write this cover letter? Do you have any suggestions for me?

Okay, it’s loaded question time. Two people want a job. One submits a well-written resume and a thoughtful cover letter. The other meets the hiring manager at an industry event and they talk for half an hour about their industry, their work, projects they’ve each done and share insights — and maybe a couple of beers.

Who’s more likely to get hired?

Now let’s add a twist. The second job seeker also wrote a thoughtful cover letter. The first, as we said, sent it in. The second burned it but discussed the topics from the letter with the manager.

Who’s more likely to benefit from their cover letter?

Now let’s get real. Most people would feel very awkward walking up to a manager at an event — it’s just uncomfortable. The second job seeker didn’t feel awkward because he used his cover letter as an outline for what to talk about.

Both job seekers did the work of writing a letter. But only one used the information in the cover letter effectively.

To get the right employer’s attention, you should write that cover letter, then burn it — because very few employers read cover letters any more. More important, you need to tell them your story face to face. We’ll discuss that in a minute, but first let’s start with what makes you a very good candidate.

Be the right candidate

People write resumes and cover letters to “market” an image of themselves. But it’s more important to be the right candidate for a particular company. That means picking the company is more important than what’s in your letter.

That’s 90% of any job. I’d hire someone like you in a minute, over someone more skilled. The best managers want motivation and you have it in spades. Everything else can be taught and learned.

Your task is not to write a marketing letter. It’s to pick the right employers. See Pursue Companies, Not Jobs. Once you choose a handful of the best OT facilities, write your cover letter to show why you’re the right candidate — but don’t send it.

Write a cover letter similar to your e-mail. But use the old military rule for writing and speaking. Structure it in three parts.

That’s what makes a message sink in. It works.

First, start by stating your goal:

“I want to work at one of the top ten trauma rehab facilities — yours. And I’d like to tell you why I’d be the best, most productive and profitable hire you can  make.”

Make it clear that you succeeded at everything you did by working very hard to make up for lack of formal education. Be brief. Then explain that OT was worth getting an education and that, like everything else you’ve done, you’ve accomplished it.

The most important part of this step is to name three things you know that are required to be successful in OT. Talk to your teachers and anyone you know in OT — ask them what it takes to be the best occupational therapist. It’s critical to get these three things right. You want to show the employer that you know what they really need in a hire.

Then close this part of the letter by making this commitment:

“I will work as hard as it takes to do those three things better than anyone else you might hire. That’s the commitment I make to you. It’s the same commitment I made to myself when I chose each line of work I had throughout my life.”

Phrase that so you’re happy with it. I’m just trying to give you the idea. Find your own words, so it sounds like you.

Finally, recap and summarize what you’ve told them.

“I plan to work for one of the top 10 facilities in trauma rehab, to work hard, to learn quickly, and to help make my employer more successful and productive — just as I always have. I’d like to meet you to discuss your specific needs, and to show you how I’d handle them. If I can’t show you that, then you should not hire me.”

The last sentence in the summary might seem a bit extreme. It’s the most important part of your statement.

Do you see what you’re doing with this letter? Making a commitment. Telling the employer I know what it takes to get hired — and that you don’t view interviews as a game. I’m going to show up ready to rock and roll. And if I don’t, don’t hire me. That’s a powerful statement.

Some centers won’t like this approach. Some will love it. Any kind of approach you make to an employer is risky, because if they don’t view life, work, and the world the way you do, they will not hire you and you’ll never even know why you were rejected. You don’t want to work with people like that.

The best employer for you sees things the way you do, and will instantly want to meet you.

If you want any job anywhere, then write a traditional cover letter. I’d never criticize you for that. But if you know exactly what you want, then portray yourself the way you really are. Embedded in the second of those three military presentation steps are three messages that will get you hired by the right employer:

If you need detailed help with that, see How Can I Change Careers?

After you write that cover letter, you will have the outline for any interview you do. But please also remember this, which we discuss on Ask The Headhunter all the time: Most of the time, employers don’t find people through resumes. They find them through referrals from people they know and trust. (See How to launch a seemingly impossible career change.)

So throw out that cover letter. Or burn it. Do not give it to any employer. HR departments and managers who don’t know you are not worthy of that letter. What I’m saying is, devote your job hunting efforts to finding ways to talk with worthy employers. When you meet the manager, say what you wrote in your cover letter.

Please read Getting in the door for advice about how to meet the manager who needs to hear, not read what you wrote.

Do your own talking

You can do this. Go hang out with people who do the work you want to do at the places where you want to do it. The person who gets hired is the one that isn’t afraid to walk up to the manager, and who has something valuable to say. That’s why you should write a cover letter — but don’t expect that letter to do your talking.

My guess is, this is how you got every job you’ve ever had. That puts you ahead of your competition, who will send documents (resumes and cover letters) to speak for them.  Maybe you don’t realize it, but you have an edge over all of them because your work ethic and motivation matter more than anything else at this juncture.

It’s good you have some time before you graduate, because this takes time. I’m impressed with how you live your life and make your choices. If this helps in anyway, I’ll be glad. Let me know how it goes! I wish you the best.

Do you use a cover letter, or do online application systems make them useless? How would you advise this highly motivated job seeker to get a hiring manager’s attention?